Your place to inspire, help and connect.

You’re the Change You Want to See.

Federation’s women philanthropists are compassionate and committed women at every stage of life and career dedicated to being the changemakers and community shapers of the world. They’re sisters and daughters, mothers, grandmothers and friends.

Come as you are, help as you can. Get the latest Women’s Philanthropy events sent right to your inbox.

Federation’s Women’s Philanthropy is a 4,000 group of generous, motivated women who raise over $6 million annually for Federation supported programs and services.

Like you our values guide us. Our passion for Jewish life and culture connects us. We are discussing key issues facing women and the world today. We are networking, learning, fundraising, volunteering and socializing together. And together, we’re making a difference in the lives of Jewish people in Detroit, Israel and around the world.

The opportunities are everywhere. In whatever way you’re inspired to support the community — from hands-on volunteering and committee work to leadership positions. Join us and explore what’s next on your journey.

Empower Yourself and Others

Women are asserting themselves more in business, the professions, the arts and the voting booth — and are taking on more obligation in the vital area of philanthropy.

Every gift matters. By making a gift in your own name, you play a vital role in creating social justice, aiding the vulnerable, preserving human dignity and building Jewish identity in Detroit, Israel and in Jewish communities around the world.

Click here to make a gift to Federation’s Annual Campaign.

Leave a lasting legacy of support for your Jewish community. You can endow your gift at any level. Contact Susie Feldman at 248-203-1461 or sfeldman@jfmd.org for more information.

The mission of the Jewish Working Women’s Network is to provide engaging educational opportunities and offer enriching programs as well as the chance to connect with other Jewish working women in our community.

We have a Facebook page of over 1100 members; our Pure Networking events reach 30-40 women 3 X a year at various locations in informal settings, no registration, no fee, to meet and network, share resources – women have changed jobs, met clients, connected to each other all based on this group. We also have resource programs 2 X a  year featuring women from our community be it Harriet Rotter talking about the 5 Best Friends Every Woman Must Have or Michelle Cantor from Volar Consulting speaking about Unconscious Bias – every session is a new opportunity to grow and evolve. Our events always sell out. Join us!

Pack your bags and travel with Women’s Philanthropy. You’ll experience exciting adventures and cultural discoveries in Israel and Jewish communities across the globe. Each trip has a unique sense of purpose, deepening your connection to Jewish identity while expanding your world.

Plus, your daily activities, logistics, accommodations and (most) meals will all be taken care of by us! All you need to do is enjoy.

For more information about upcoming trips talk to Amy Neistein at aneistein@jfmd.org or call (248) 205-2543.

Get involved and be inspired. Join Women’s Philanthropy as a Tikkun Olam Volunteer (TOV). TOV plans one-time, hands-on volunteer opportunities that benefit our community. Past programs include preparing and delivering Rosh Hashanah, Chanukah and Purim Packages and volunteering to support community literacy efforts, including Bookstock.

Sue grew up in the Detroit area and has been involved in Federation and the Jewish community since the late 70’s. She studied at the University of Michigan and received her law degree from the University of Detroit. Although she is a lawyer by education, her passion is the Jewish community. Sue’s involvement with the Detroit Federation opened up a whole new world for her. She is a Hebrew Free Loan Board Member and previously served on the Partnership2gether Michigan Steering Committee. Sue and husband, Alan, have 3 adult children and 7 grandchildren.

“As Women’s Philanthropy President, I am lucky to make connections with other talented and passionate women who are working together to help those in need locally, in Israel and around the world. I have great appreciation for those who have stepped up, both in the past and currently, to make a difference through Women’s Philanthropy.”

Betsy is a native Detroiter and has been involved with Detroit Federation for over 42 years, having previously chaired “Junior Division,” now known as NEXTGen Detroit. Prior to becoming Women’s Philanthropy’s Campaign Chair, she chaired Federation’s Partnership2Gether Michigan Steering Committee and Women’s Philanthropy Mosaic II, a women’s mission to Israel.

Betsy graduated from the University of Michigan with a degree in Spanish. She is married to Jeffrey Heuer, has 2 adult children and 2 granddaughters. Betsy is a self-published author of a memoir entitled “Beer and Whine” and has acted in Community Theater for more than 10 years.

“My life is so much more enriched from everything I do with Federation. I meet people young and old who I would never have the opportunity to know otherwise. I am amazed by the sheer numbers of programs that benefit from Federation dollars, locally, overseas and in Israel. There is no other organization that is a safety net for the entire Jewish community. I am grateful and proud to be a part of the Jewish Federation of Metro Detroit!”

Sherrie moved to Detroit in 1994 from her hometown of Indianapolis, Indiana. She soon became active in the Detroit Jewish community. Prior to becoming Associate Campaign Chair for Women’s Philanthropy, she served as an Education Vice President and Co-Chair for 2019 Lion of Judah, 2018 Signature Event, and Community Connections. Sherrie also co-founded Young Women’s Philanthropy and serves on Federation’s Board of Governors.

Sherrie graduated from Indiana University with a business degree. She married her camp sweetheart Danny Singer, and they have two sons, Ari and Gabe.

“I feel so fortunate to be a part of our amazing Detroit Jewish community. Women’s Philanthropy has played such an important role in my life and has encouraged so many other women to be passionate about helping others in our community, our nation and our world. Detroit truly is a special place because of its people!”

Amy has over 20 years with the Detroit Federation. Prior to Women’s Philanthropy, she was the Director of Federation’s Israel & Overseas Department and the Neighborhood Project. Amy received a Master’s Degree in Jewish Communal Service from Hebrew Union College (HUC) in Los Angeles, and an Honorary Doctorate from HUC for 25 years as a Jewish Communal Professional.

Amy’s husband, Howard, is also a Jewish communal professional with the Detroit Federation, and they have three adult sons, Gabe, Max and Zach.

Jessica was born and raised in Detroit and has worked at the Jewish Federation for nine years. She has been involved with the Jewish community her entire life; as a Tamarack camper, active BBYO participant, a JCC camper and counselor, and more. The Detroit Jewish community has always played a central part in her personal life.

Jessica has a Bachelor’s Degree in Journalism from Michigan State University and lives in Southfield with her husband, Justin, and two boys, Yoni and Ari.

Brittany is at native Detroiter who has worked at the Jewish Federation for five years in both Philanthropic Advancement and NEXTGen Detroit. Prior to joining Federation, she worked at Hillel of Metro Detroit, MSU Hillel and the Hillel Campus Alliance of Michigan.

Brittany is completing her Master’s Degree in Jewish Professional Studies at Spertus Institute in Chicago and has a Bachelor’s Degree in Organizational Communication from Western Michigan University. She lives in Ferndale with her husband, Evan, and her dog, Beau. 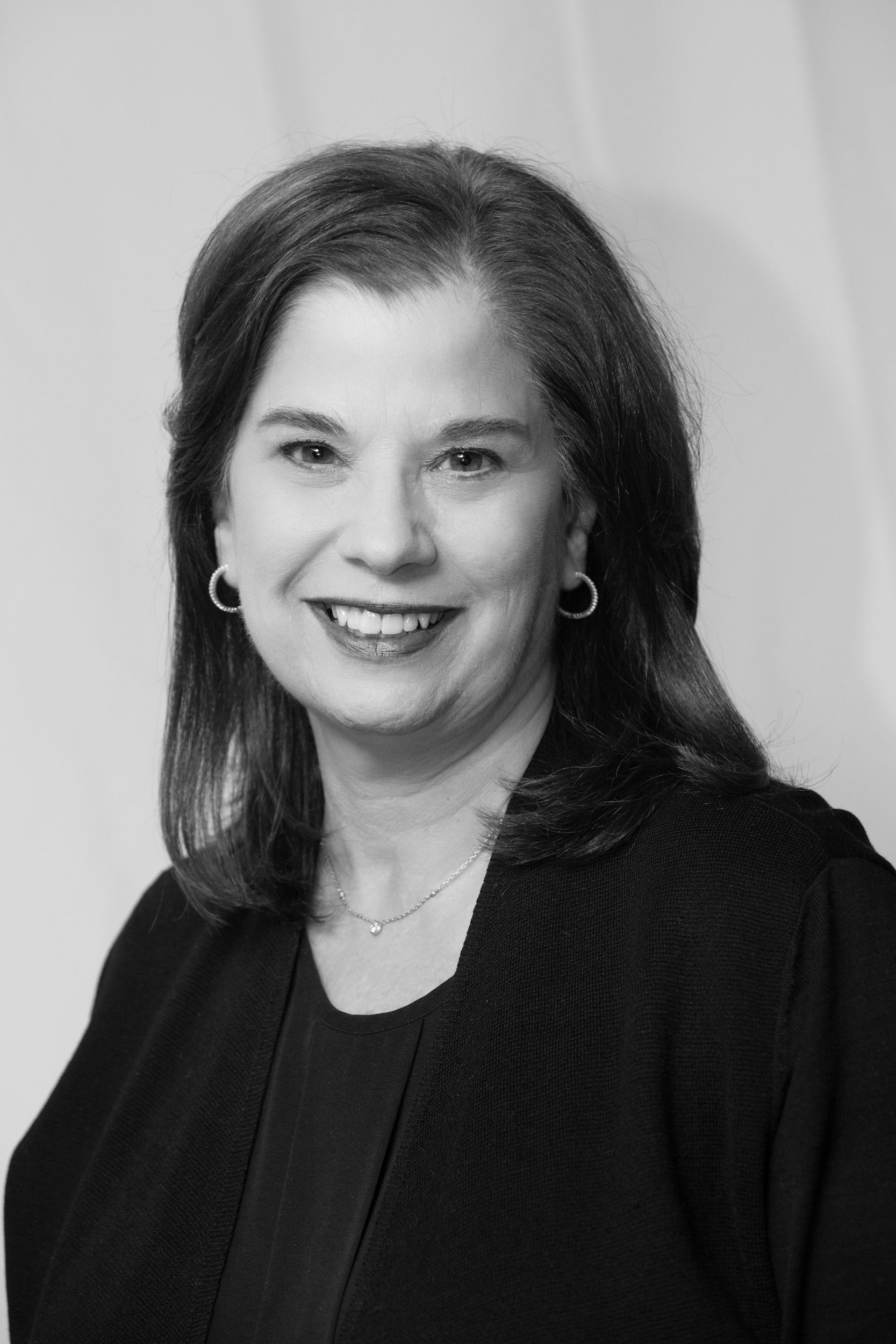 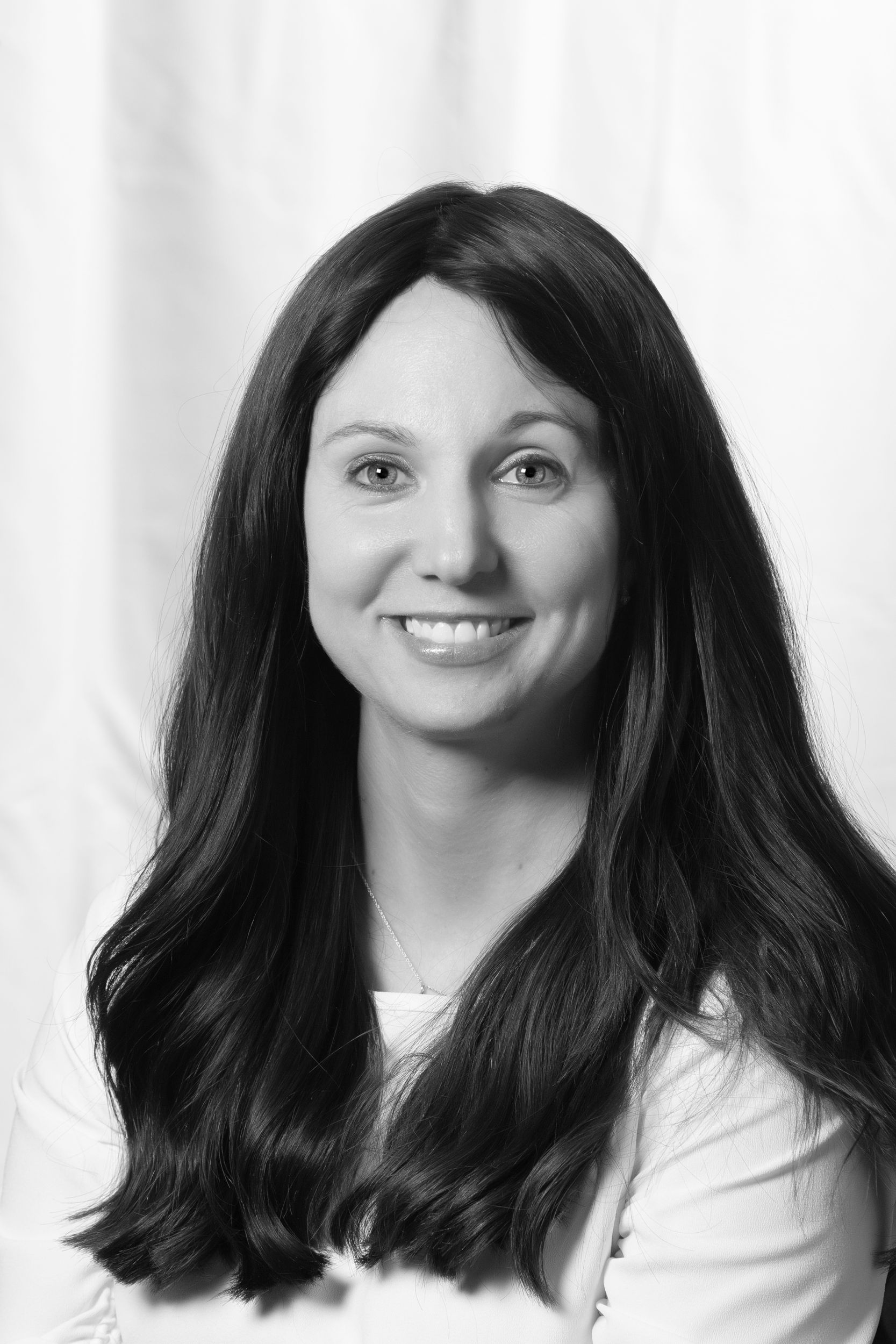 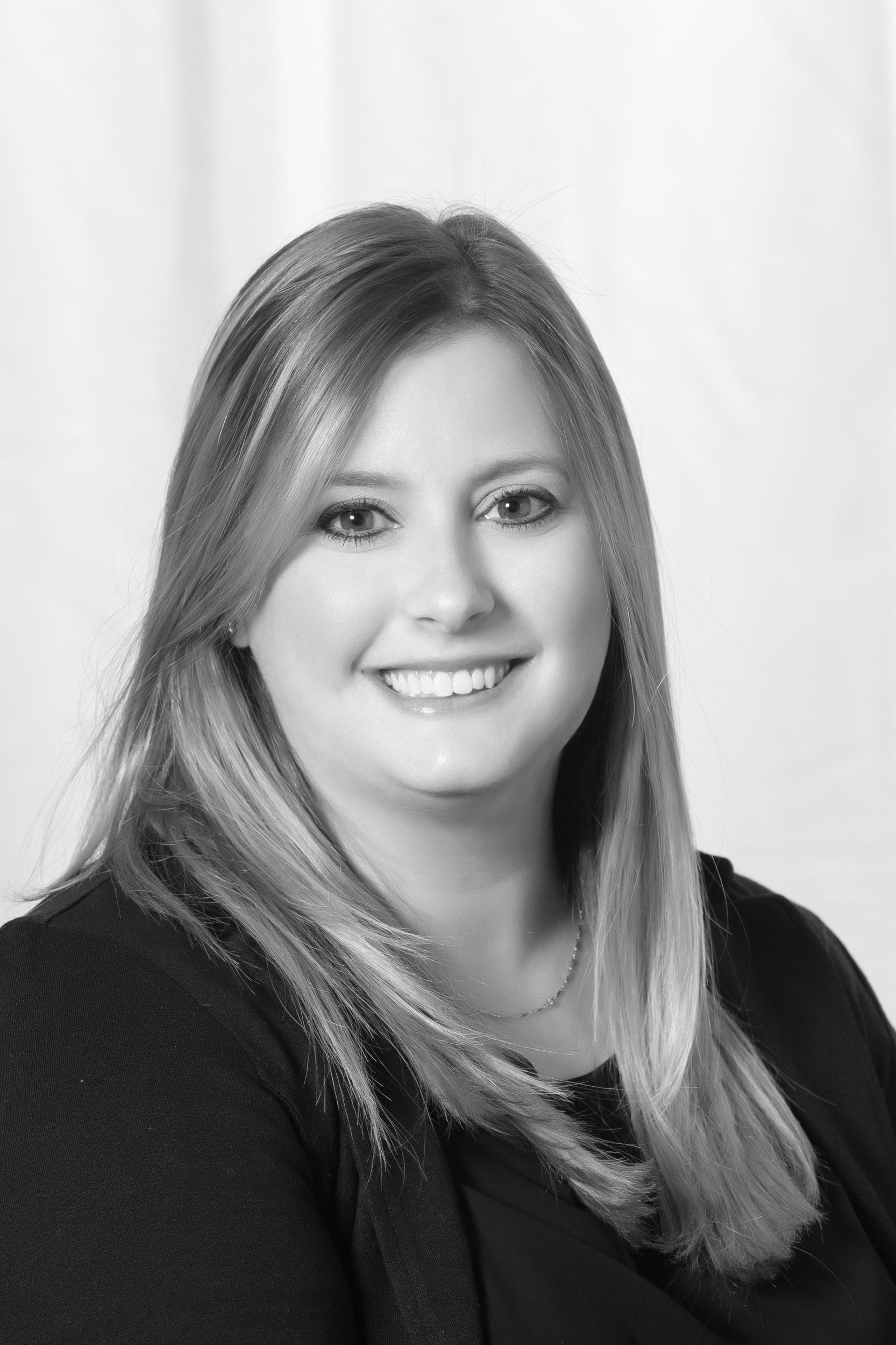 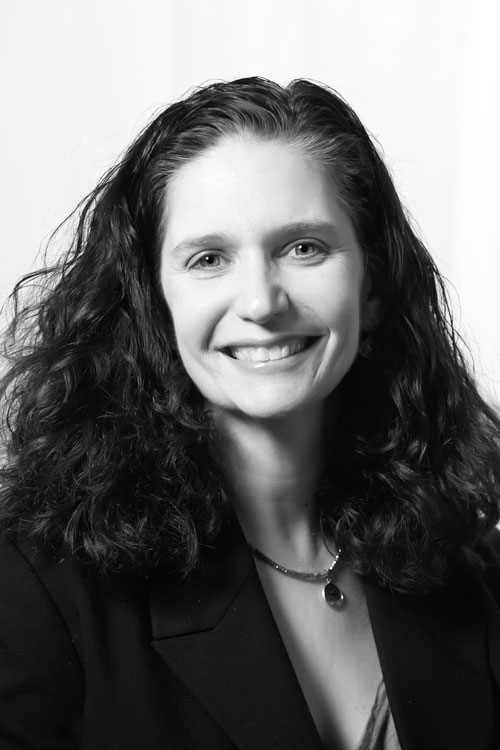 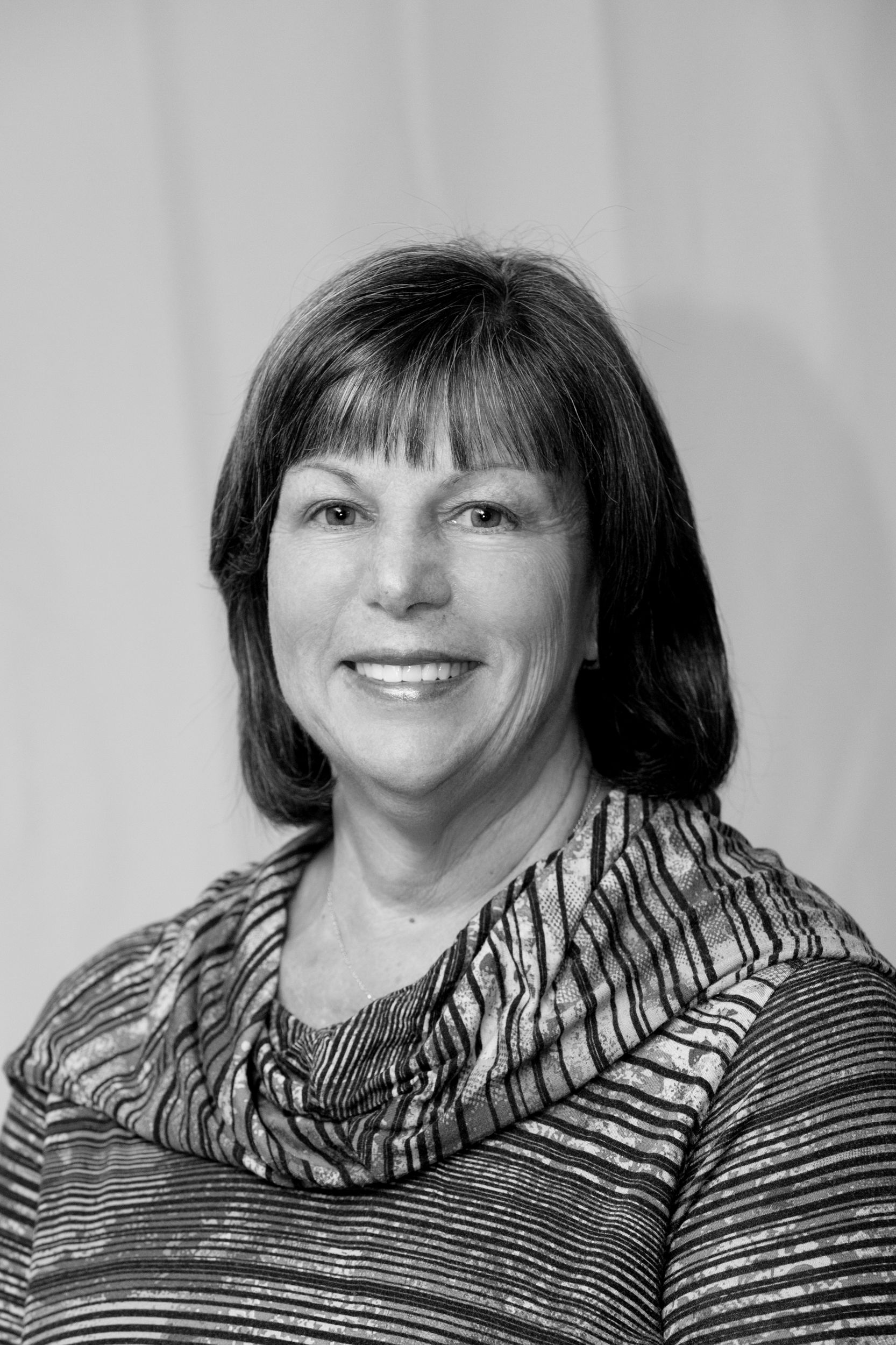