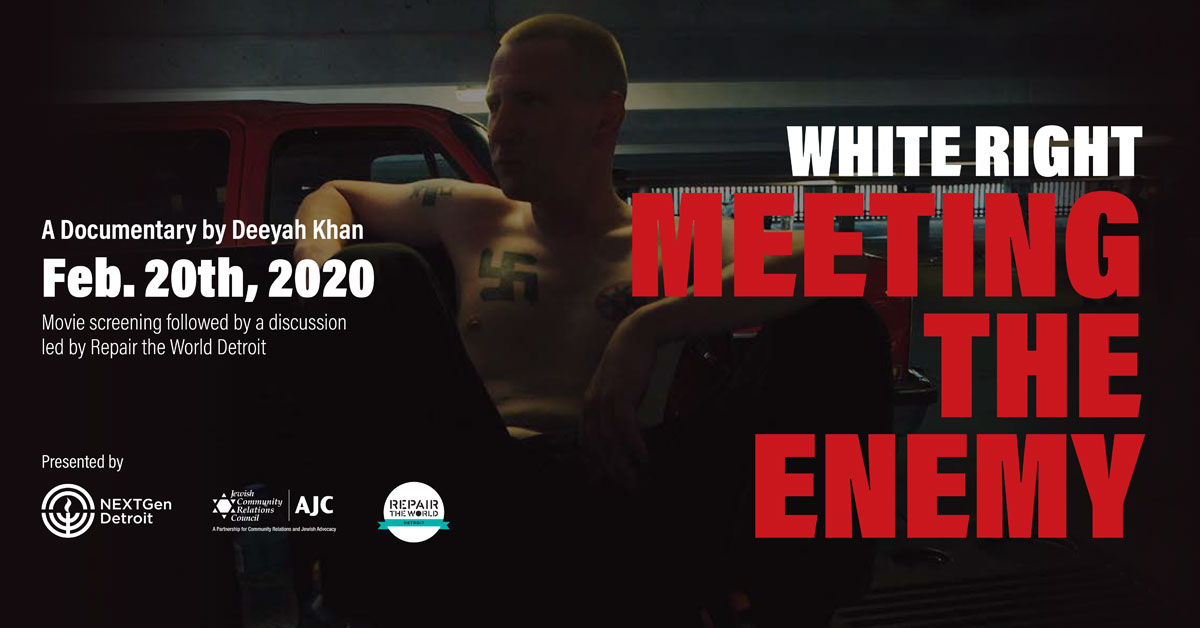 JCRC/AJC and NEXTGen Detroit and Repair the World Detroit Presents

A Screening of White Right: Meeting the Enemy

Join us for a private screening of White Right: Meeting the Enemy at Playground Detroit followed by a facilitated conversation by Repair the World about the intersections of antisemitism, racism, and white nationalism.

This event is intended for the young adult community.

About the film: In this Emmy-winning documentary, acclaimed Muslim filmmaker Deeyah Khan meets U.S. neo-Nazis and white nationalists including Richard Spencer face to face and attends the now-infamous Unite the Right rally in Charlottesville as she seeks to understand the personal and political motivations behind the resurgence of far-right extremism in the U.S.

Khan is an Emmy and Peabody award-winning documentary film director and founder of Fuuse, a media and arts company that puts women, people from minorities, and third-culture kids at the heart of telling their own stories. In 2016, she became the first UNESCO Goodwill Ambassador for artistic freedom and creativity. She has received many honors for her work supporting freedom of expression, human rights and peace.

This event is free to attend, but please register below.

Sorry. This form is no longer available.